A winter morning in Rome in 1506. A group of people – scholars, clergymen, art collectors, artists – are gathered in a vineyard not far from the Colosseum, at the base of the Oppian Hill. The site, owned by Felice de Fredis, has become a temporary archaeological dig, and chunks of carved stone are being pulled, one by one, out of the earth and laid in piles on the cold ground. As the pieces are cleaned and gradually assembled, it becomes apparent that they form one large ancient sculpture, one that many in the group had read about but never imagined seeing in reality. This was surely the Laocoön mentioned by Roman historian Pliny the Elder (who attributes it to the sculptors Agesander, Athenodorus and Polydorus, working in Rhodes between the first century BCE and the first century CE), a depiction of the eponymous Trojan priest and his two sons being killed by snakes. Having warned his fellow citizens about the wooden horse filled with armed Greeks entering Troy, the priest was cursed by Greek-supporting Athena, and the serpents crushed him and his sons to death. Everyone who saw the sculpture – first this group, then artists and collectors across the city and beyond – became themselves ensnared in its coils. Artists, as though possessed by the work, made copies and variants almost immediately; collectors scrambled literally to possess it. De Fredis, who sold the sculpture to the pope shortly after finding it (it remains in the Vatican collection to this day), even had it mentioned on his tombstone. Here lies Felice de Fredis, it reads, who earned immortality for his discovery of the almost-breathing effigy of Laocöon.

To a Roman of de Fredis’s time the ground beneath your feet could be the source of untold riches. Ancient texts described works of art waiting to be recovered, provided you were willing to dig deep. Reading the growing market for antiquities, some artists of the time carved classical fakes, artificially aged them by dousing them with urine and buried them in the earth, only to stage an excavation some time later and sell them as authentic. Michelangelo Buonarroti, who was part of that group in de Fredis’s vineyard, had done just that only a few years before. His Sleeping Cupid (1496), now lost, had been sold to a cardinal as a genuine antique, but the revelation of its inauthenticity launched his career in Rome rather than sinking it. In an art market engorged with fragments of found classical sculpture, themselves often copies of lost Greek art, the demarcation of ancient and modern was mostly moot. The classical had become not a period signifier, as it would be in conventional art history, but an index of a work of art’s virtuosity and desirability. Even the Laocoön they dug up that day is probably a copy of an original Greek bronze, long melted down to make cannons or coins or even other sculptures. It emerged from the earth an object already haunted by another.

If the excavation of something buried confers the ring of unsullied authenticity upon it – that sleeping cupid, plucked from the earth like a newborn – there’s an element of horror that comes along with it too. Many ghost stories pit modernity against an ancient intelligence by treating the literal disturbance of the soil as a means for the repressed to return. In M.R. James’s ‘A Warning to the Curious’ (1925), a young treasure-hunter unearths a buried Anglo-Saxon crown and is hounded by supernatural spirits; desperately he attempts to rebury it, with fatal consequences. Laocoön’s own is a horror story, as is, perhaps, the story of its excavation that winter day in Rome, which set in train a succession of artistic hauntings otherwise known as ‘the history of art’. The disembodied heads of the priest and his sons, screaming in agony, must have seemed like the cursed images they turned out to be, or as the humanist poet Eurialo d’Ascoli put it in 1539, ‘If they are stones then how can we hear the grief that comes out? … If they are stone, why do they scream all the time?’ 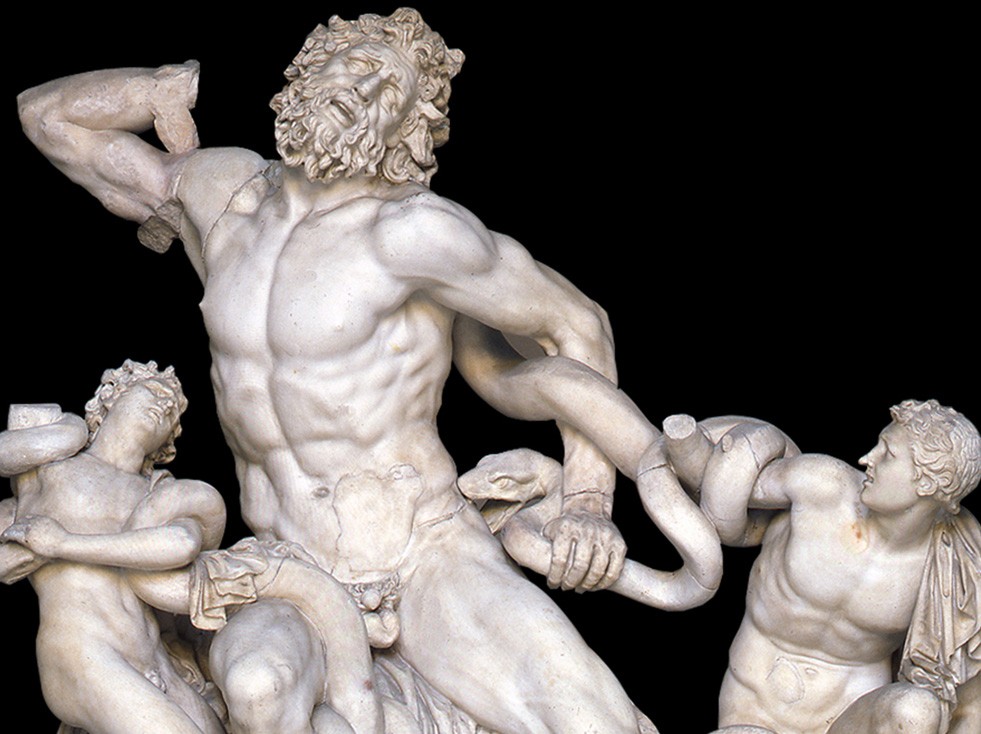 Published on 13 January, 2020 More articles on Art & Ideas, Other Writing